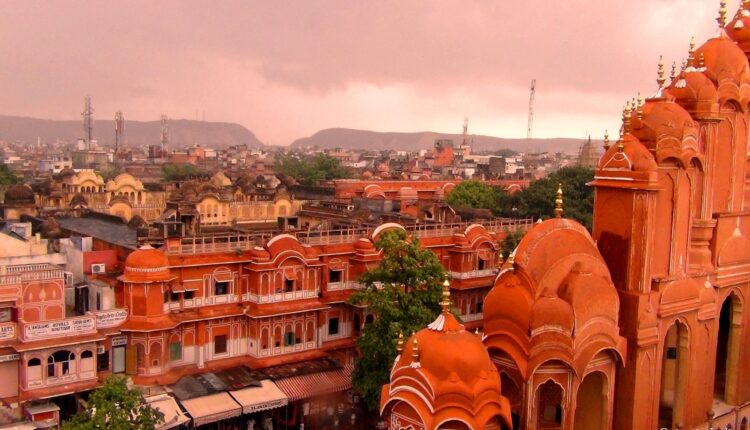 The other name of the famous city Jaipur is the ‘Pink City’ because of its pink paints and old heritage. This city has a high level of beauty, scenic spots, cultural heritage, history and what not. Tourists from all over the world come to the city to relax. Every part of the city is worthwhile seeing, especially the historic temples, forts, and villas. If you want to explore every ounce of heritage in Jaipur but lack funds, you can have the alternative of applying for a personal loan for travel. The personal loan interest rate for travel are not so expensive if you have a strong CIBIL score.

Have a look at the most beautiful mahals, parks and forts in Jaipur and plan a trip now.

If you have any kind of imagination about how the architecture of Jaipur will be, you can see them all with the Hawa Mahal (Palace of Breeze). From the pinkish, honeycombed exterior to the geometrical accents and rows of small windows, it has all the distinctive and outstanding architectural traits that you may have seen on pictures of the city. The best part is that Hotel Narain Niwas gives a fantastic, informative tour of this majestic structure, which has stood strong in Jaipur since 1799.

The Sawai Madhopur Game Sanctuary was created by the Indian government in 1955, and it was designated as a Project Tiger reserve in 1974. In 1981, Ranthambore was designated as a national park. It may be seen as part of a Jaipur travel package. The park, which covers 392 square kilometers, is well known for its tigers and is one of the greatest places in India to see the beautiful animals in their natural environment.

Amber Fort and Palace, an elegant fort with a towering location and spectacular architecture. It provides a brief comeback into the history, architecture, and majesty of the past. Amer Fort in Jaipur Tour is one of Rajasthan’s most famous forts, rich in history and a wonderful illustration of the state’s architectural genius. Sheesh Mahal, Sukh Niwas, Diwan-e-Khas, and Diwan-e-Aam are just a few of the amazing tourist sites of this magnificent fort and palace.

The City Palace is the city’s major focus and the heart of Jai Singh II’s rule. It is near the Hawa Mahal. Chandra Mahal and Mubarak Mahal, among other monuments, are part of the City Palace. The palace’s architecture reflects the great amount of hard effort and attention that employees have put into it. City Palace combines Rajput and European forms and is yet another example of Jaipur’s history.

The Albert Hall Museum is Rajasthan’s oldest museum, and it has large pieces of works and historically relevant objects. Emerge for the Egyptian mummy, but stay for the beautiful permanent exhibitions of miniature paintings, 18th-century clothing worn by people of various classes, and a strange collection of 19th-century clay statues doing all of the yoga positions.

You’re ready for a holiday now that you’ve seen the numerous stunning tourist attractions in Jaipur. What you need to do right now is plan and estimate your budget. Look for tickets and rates for each trip, as well as lodging and meals. You can also get a personal loan if you are short on cash. A personal loan can allow you to vacation without worrying about money. Using the personal loan EMI calculator, you can be able to calculate your EMI based on your repayment ability. This will allow you to stay within your EMI budget and return your loan quickly.

Upcoming Events in New York | Make Your Holidays The Best

Blooket – Blooket Game, What Is, How To Play, Login, And Best Alternatives