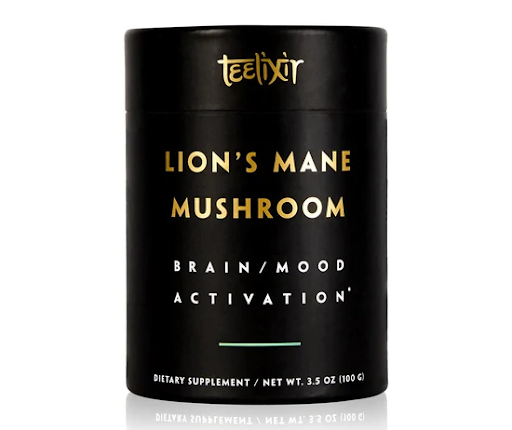 When it comes to medicine, the eastern section is known to use a variety of fungi and herbs. If you are linked to your origins, you will understand that nature has a cure for everything. Certain plants and fungi have been shown to have medicinal properties, including physical and mental.

The lion’s mane mushroom is another extremely potent medicinal mushroom powder. It’s also known as the “thought mushroom.” That is due to the numerous advantages it provides for brain health and nerve function. Since ancient times, the lion’s mane mushroom has been utilized as an edible fungus and as a mood-lifting tea elixir. It contains important components including beta-glucans, which have been found to protect the brain, enhance the immune system, and fight cancers. It may be able to protect against diseases such as Parkinson’s and Alzheimer’s. Consider it a superfood because it can help people focus and boost their memory. Other advantages of eating this fungus include improved intestinal health, increased immunity, improved meditation, calming your brain, and increased concentration.

In frigid areas, the fungus Chaga mushroom grows in the bark of birch trees. This mushroom is also known as a black mass. It has been used in North European countries for centuries because of its immunity-boosting effects. Antioxidants included in Chaga mushrooms help to lower LDL cholesterol or bad cholesterol. Lowering cholesterol lowers the risk of cardiovascular disease. They also protect cells from free radical damage. The antioxidants in Chaga help to lower blood pressure and prevent heart disease. It can assist your body in fighting everything from simple colds to life-threatening illnesses such as cancer and arthritis. A fine powdered form of Chaga is used to make herbal tea and used to make a mushroom latte.

Reishi mushroom has tremendous benefits on white blood cells, which assist the body fight illness and even cancer, as well as increase immunological function. Persons who are sick are more likely to experience this, as healthy people have had inconsistent results. However, while the effects of Reishi on the immune system are well-known, it also has other potential benefits. These advantages include reduced fatigue and sadness, as well as an improved quality of life. One study looked at how it affects 132 people suffering from neurasthenia, a condition defined by aches, pains, dizziness, headaches, and irritability.

The cordyceps fungus has a long history of being used as longevity and life-enhancing adaptogen. It’s a great athlete’s tonic for increasing physical strength, power, endurance, and stamina, as well as helping to improve libido and strengthen the immune system.

According to studies, mushroom extracts in Australia have a high concentration of beta-glucans. If you’re unfamiliar with beta glucans, they’re natural compounds that support a healthy immune system. Furthermore, it guarantees that the body is prepared to combat germs and other unwelcome invaders. Beta-glucans are abundant in mushrooms such as maitake, reishi, and others. As a result, if you ingest any of these, your body will benefit automatically. Your body will be able to combat illnesses such as the flu, colds, and other medical conditions. As a result, medicinal mushrooms should be included in your everyday diet.

These are some types of mushrooms with potential health benefits.

10 Commandments In Order – For New Christians

What Dinosaur Has 500 Teeth – Do Not Google This!

Delta 9 Vs. Delta 8 Cartridges | Figuring Out The Difference