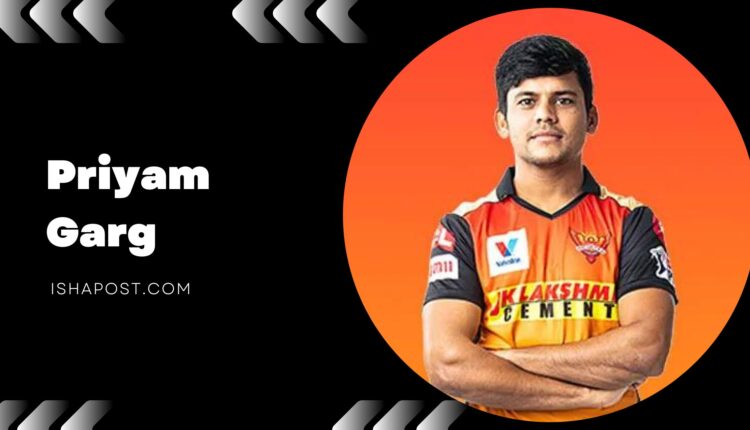 In this article, we will read about the life of Indian cricketer Priyam Garg. We also are discussing his biography, age, stats, and teams. Continue reading the blog to know about Priyam Garg.

Who is Priyam Garg?

Priyam Garg is an Indian cricketer. He was born on the 30th of November 2000. As of 2022, the age of Priyam Garg is 21 years. He plays for the Uttar Pradesh cricket team in domestic cricket tournaments. In the Indian Premier League, he is representing Sunrisers Hyderabad from 2020. For the 2020 Under-19 Cricket World Cup, he was declared the captain of India’s Under-19 squad. Priyam Garg is a Right-handed batter and he plays in the top order of the team. Apart from being an explosive batter, he is also a useful Right-arm medium. He is considered a batting allrounder.

He scored 287 runs in six matches In the 2019–20 Vijay Hazare Trophy.  For the 2019–20 Duleep Trophy he was named in the India Green’s squad In August 2019. He was also called to represent the India C squad In October 2019 for the 2019–20 Deodhar Trophy. The biggest moment of his career comes when he is selected for the 2020 Under-19 Cricket World Cup along with his inclusion in the team he is also named the captain of the team.