Contracts Shouldn’t Protect Those That Break the Law 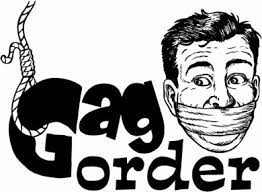 Contracts that include confidentiality clauses and gag orders that prevent whistleblowing and speaking out against harassment shouldn’t be enforceable by the courts.

When a low-level worker signs a contract with a large corporation, there is already a power unbalance. This is amplified further when the worker can’t afford an employment lawyer to review the contract, while the large corporation has a team of five full-time lawyers reviewing every contract the corporation enters.

Immigrants, minorities, and those with disabilities might be further at a disadvantage and silenced by confidentiality clauses and nondisclosure agreements (NDAs.)

I once saw a lawyer steal $200,000 from an immigrant employee, and when the immigrant employee spoke out about it, the lawyer sued his employee. The things I have seen while working in law firms keep me up at night and make me want to push for change.

In the legal industry, these types of silence agreements are often called gag orders, because they stop your ability to speak.

Harvey Weinstein used gag orders and NDAs to make sure his victims couldn’t speak out against him or sue him. Weinstein had money, and no one wanted to upset him and his top-paid lawyers for fear of financial ruin.

These gag orders can be so strict that it makes it impossible for victims to even speak to family, friends, or therapists to get the mental help that they need.

It’s already hard enough to speak out about harassment without being legally banned from doing so. When someone claims to be abused, they might be called a liar or a manipulator and might be sued regardless of if a gag order was signed.

A harsh example of what it’s like to speak out against corporate wrongdoing can be seen in the documentary “The Inventor: Out for Blood in Silicon Valley.” You can see the hell Tyler Shultz went through when he spoke out against Elizabeth Holmes and Sunny Balwani, including spending $400,000 in legal fees.

But Tyler Shultz is from a rich family, what would have happened if he couldn’t afford it?

The British Columbia government introduced a new law in 2019 called the Public Interest Disclosure Act. The new law provides protection for those that work for the BC government when they bring forward concerns about illegal acts happening in the workplace.

This was a step in the right direction, but what about those who work for private companies like Theranos, or the dishonest lawyer I mentioned earlier?

Where are the laws to protect them speaking out about fraud, harassment, or other illegal acts?

If someone speaks out about harassment, they can lose their salary, which in these finally hard times, can lead to them losing their homes or not being able to pay rent. Even worse, it can lead to a lawsuit that takes years and over $50,000 in legal fees to defend.

Given that immigrants, minorities, and those with disabilities already earn less in the workplace, confidentiality agreements make things even harder for them to earn a living.

Regardless of if a gag order was signed or not, if harassment or fraud is alleged, then the company needs to hire a third-party harassment investigator to look into the allegations.

When the third-party investigator finds that there the allegations may have merit, even if they are not yet proven, the gag order should be voided. The person making the allegations should then be able to file a human rights complaint or start a lawsuit.

Large companies already have enough power, with a team of lawyers and enough capital to go to court whenever they want. Instead, it’s the employee that needs to be protected. Gag orders push immigrants and others out of the workplace, making it hard for them to climb the corporate ladder.

Deliver Us 170M Coatue and 240M Sternlicht from Forbes