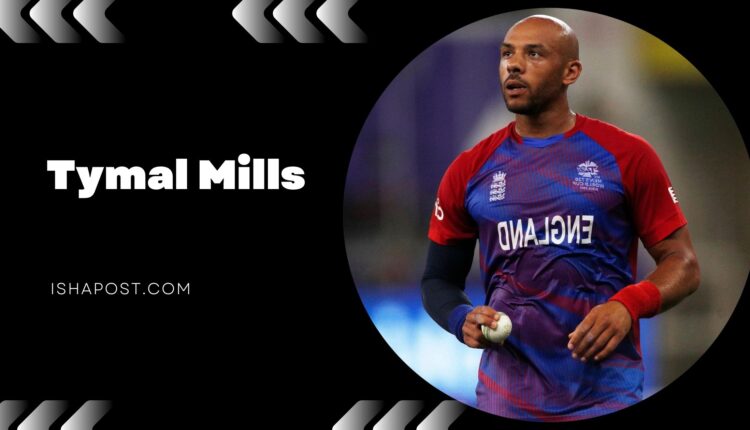 England is the first nation to play cricket as the game originated in ancient England. So it is natural for the nation to produce world-class cricketers such as AN Cook, JE Root, GA Gooch, and many more. One of those England players is Tymal Mills.

In this blog, we will write everything about the biography of Tymal Mills. We will also be writing about his age, teams, education, and career stats. Lets us start reading.

Who is Tymal Mills?

Tymal Mills is an English international cricketer. He is also known as Tymal Solomon Mills. He was born on the 12th of August 1992. As of 2022, the age of Tymal Mills is 29 years. In international cricket, he represents the national cricket team of England. In the England domestic circuit, he plays for Sussex. He is a right-handed batsman and he bowls a left-handed fast bowl. He plays mainly as a bowler. In July 2016, He made his international debut for England. He was born in Dewsbury, West Yorkshire, England. He graduated from Mildenhall College of Technology in Mildenhall, Suffolk. He played for Mildenhall Cricket Club. Mills was studying sports journalism at the University of East London. before taking cricket as a career in cricket.

Everything To Know About Your Favorite Demon Slayer: Kimetsu No Yaiba

5 Most Popular CBD Oils in the Market