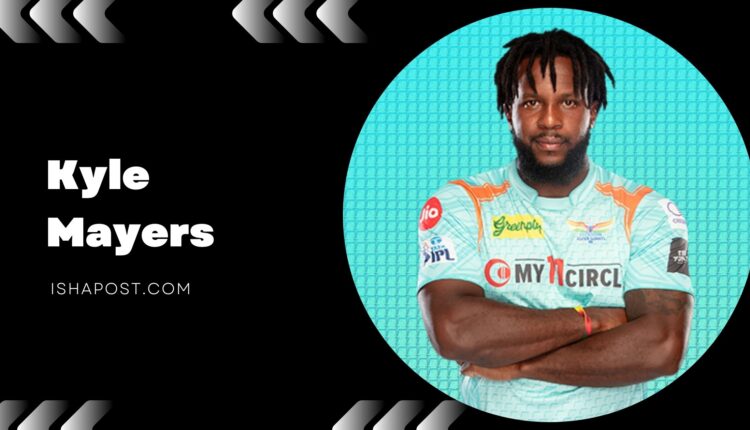 Kyle Rico Mayers is a West Indian cricketer. He was born on the 8th of  September 1992 in Bridgetown, Barbados. In domestic cricket, he plays for his home-side Barbados. He was an integral part of the West Indies under-19 squad for the 2012 ICC Under-19 Cricket World Cup. He played a magnificent inning on his test debut in February 2021. He scored 210 runs while saying not out throughout the inning. Kyle Mayers height is 6 ft 1 in or 185.5 cm. His father was also a  first-class cricketer, Shirley Clarke. He played in twelve first-class and five List A matches for Barbados and Combined Campuses and Colleges from 1999 to 2008.

In the 2019–20 Regional Super50 tournament, he represented the Barbados side. Mayers scored his maiden century in first-class cricket on the opening day of the 2019–20 West Indies Championship in January 2020. Mayers was named in the West Indies Test and One Day International (ODI) squads In December 2020 for their series against Bangladesh. On 20 January 2021, against Bangladesh, he made his ODI debut for the West Indies. On 3 February 2021, He made his Test debut for the West Indies, also against Bangladesh. He also played for the Paramveer Tiger. In this team, his teammates are players such as Kjorn Ottley, Ian Cockbain, Max Waller, Delray Rawlins, Alex Blake, Elmore Hutchinson, Ravi Timbawala, Timil Patel, and Japen Patel.