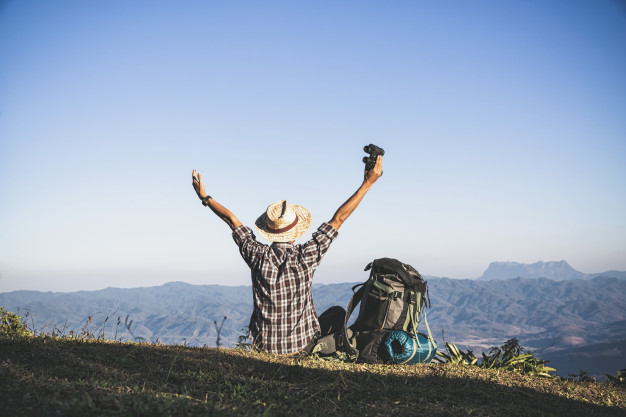 Languedoc-Roussillon is one of the most famous destinations not only in France but in all of Europe. It offers a rich array of options for the fussy and fastidious tourist located on the coast of the Mediterranean Sea circling a long stretch of fabulous beaches.

Its plains are home to the finest of grape vineyards dotted with many ch?teaux providing variety of wines for tasting. Its mountains, rivers and lakes are also a rich source of great outdoor adventures and wildlife watching among others. But, my most favorite feature of the province of Languedoc-Roussillon are the great architectural feats. The colossal architectural values have been celebrated for hundreds, even thousands, of years.

Carcassonne is one of the most popular of the grand-standing architecture in the area. It is a perfect representation of the medieval fortified town whose formidable lay-out make it a difficult challenge for marauders to attack and conquer.

The town’s history can be traced back to Roman times, before the dawn of Christianity in the land. However, the fortifications of the present day Carcassonne were not consolidated until 1853 during the great restoration efforts of highly esteemed architect Eug?ne Viollet-le-Duc.

The fortified town of Carcassonne now stands at a grand scale of 53 towers and double rampart rings. With due recognition to the genius behind the construction of this astounding fortress, it was made into an UNESCO Heritage Site in 1997.

Another remarkable work of genius in the area is the Canal du Midi. It is a navigable network of waterways that stretches 360 kilometers in length bridging the Mediterranean to the Atlantic, across the town of Tolulouse to the Mediterranean port of Sete.

It is composed of 328 structures of locks, aqueducts, bridges and tunnels that are strategically placed in precise locations to make this extraordinary engineering masterpiece of modern times possible. Even more remarkable is the fact that it was built between 1667 and 1694.

The builders of Canal du Midi successfully merged utility with aesthetics, having incorporated neoclassical themes in the designs of the structures. The Canal continued to serve commercial traffic since its opening in 1681 until drought forced its closure in 1989. Now, it served as a popular jaunt for tourists on luxury barges and water activities such as canoeing and fishing. It was declared an UNESCO Heritage Site in 1996.

Next on my list is the Pont du Gard, a stunning aqueduct that is considered a great work of art by the Roman Empire due to its outstanding stone and masonry work.

There is a debate as to when the aqueduct was built, some believe that it started around 19th century BC, however there are claims that the building started as early as 1st century BC. Regardless, the fact remains that the Pont du Gard has been standing in its stately splendor for thousands of years.

It was originally designed to transport water from the springs of Fontaines d’Eure in Uzes across the Gardon River to the valley of Castellum 50 kilometers away. However, due to neglect in passing of centuries, it became unusable and was converted as a bridge for foot traffic in the 18th century. It was then restored in the 18th and 19th century and has served as a major tourist attraction since then. It was added to the list of UNESCO World Heritage Site back in 1985.

Other remarkable structures and building in the Languedoc-Roussillon province that should be included in any traveler’s itinerary are: the Arles – Roman and Romanesque Monuments that date back to the 1st century B.C., the Roman Theatre and the ancient Triumphal Arch of Orange and the historical buildings in Avignon.

These structures are not only a feast to the senses but also provide a delightful glimpse to the historical circumstance that brought them into being.

Types of Gym Instructor Insurance Saving you in Times of Trouble